On our trip this window leaked while driving through tropical storm Debby. I was able to stop the leak by taping the seam with aluminum tape. Glad I used aluminum tape instead of duct tape. The aluminum tape peeled off easily and left no residue.

The leak in this window indicated the bedding tape has failed. It’s the tape that keeps the water out. The reason that this is the best way to replace the tape is because by the time you get the window pryed off, it will be broken anyway. Might as well control it. I did find that 3/4 of the bottom of the window was not held by the tape anymore. That was the leak.

I cleaned up the old bedding tape with my rotary tool and installed new tape. I seated the newly cut window in the frame and reattached the rubber trim. This should stop the leak. I took a look at the rest of the windows. It seems I’ve now replaced five of the eight windows. It’s probably a good idea just to do all of them during your restoration. The highlight of our trip was the Sunshine State. Our first stop there was the Big Oak RV Park. They have a huge oak tree that covers a very large area and the branches sweep to the ground and form a nice sitting area. We did stop at a Waffle House for dinner. Whenever we passed by one my wife would mention it. How could we not make it a stop? Nice little place for a wholesome greasy meal. About the time we hit Florida, someone else was making their way there, Tropical Storm Debby. It was quite a drive down the state in the storm. I was glad I had installed new windshield wipers before we left. We made to Disney’s Fort Wilderness by early afternoon. Still raining of course. This is the only campground I’ve stayed at where you stay in your vehicle to register. The Disney resort was one of the nicest campgrounds we have stayed at. The site I had was at a tough angle to back it. Luckily a fellow Airstreamer stopped by and gave me a hand. This was also the first time we used our flamingos! At this point I started to figure out the issue with the warm fridge. The Dometic as a CLC or climate control button which I’ve never used. Luckily I keep the manual in the trailer and it said the CLC button was to be used in humid weather. So that button, and using the exhaust vent fans kept the temperature down. The A/C condensation seemed to stop dripping inside, I thought it was because I had leveled the trailer better. Turns out I was wrong about that, which I discovered later.

After three days of rain, the heat started coming. That’s when the A/C quit, which I covered in this post.

We stayed nine nights at Disney which in retrospect was too many. It locked us into the area too long. We were able to make a nice day trip to Daytona Beach before we left. We left the Disney bubble for St. Augustine stopping at the Kennedy Space Center on the way…

Everything is bigger in Texas they say. We pulled into Fort Stockton late and I had to hookup at night and ran into this guy… I have some family in Texas and that was the highlight of the stop in that state. We enjoyed some nice courtesy parking complete with 30 amp service. Very important to be able to run the A/C in Texas! This is when we started noticing the fridge running a little warm and the excessive condensation dripping from the A/C. I started suspecting the increased humidity.

To me this is the best way to visit family. Enjoy your time together, but when it’s time to retire, you still have your own space!

From there we made an overnight stop in Louisiana. Very nice campground. It would have been nice to stay there several days. It was the first place we were able to swim a little which the kids enjoyed.

I did have to park backwards in the spot because my sewer hose would not reach. Partly because my connection is on the curb side, but mostly because the campground connection was halfway up the spot! I thought I’d show some pictures from our cross country trip. We left CA for FL with no real plans or route. We just wanted to hit a few key places along the way. The first stop was courtesy parking with my nephew in southern California. It was a great visit and I got to meet my great nephew for the first time.

Next stop was the Grand Canyon. I had purchased an annual national parks pass which proved to be a wise investment as it granted us access to a few places this trip. Next stop was the Meteor Crater. They had a nice campground right down the street from the crater exhibit. The Crater itself was interesting. I wouldn’t stay it’s a ‘must see’ but it’s a good one to check off your list. They told us this was a fragment of a larger meteorite that formed the crater 50,000 years ago. Well that’s it for this post and Arizona. Next post will be about New Mexico and little green men. 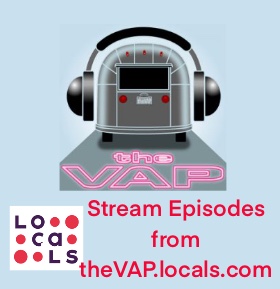